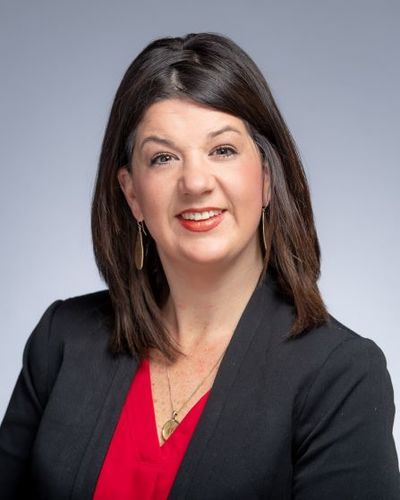 Heather Reynolds is the Managing Director for the Wilson Sheehan Lab for Economic Opportunities (LEO) at the University of Notre Dame. LEO aims to identify the innovative, effective and scalable programs that help people move out of poverty. Reynolds drives LEO's strategic plan, which seeks to influence poverty policy and support the culture of evaluation among service providers to the poor nationwide.

Previously, Reynolds served as President and CEO of Catholic Charities Fort Worth (CCFW) for 14 years. As CEO, Reynolds oversaw the strategic direction for the Fort Worth-based, $45 million nonprofit. With nearly 400 employees and four locations throughout the 28-county diocese, CCFW serves tens of thousands each year through its diverse services, poverty solutions, and income-generating social enterprises.

Reynolds has extensive experience in strategic planning, fundraising, and social enterprise. She’s an expert speaker on poverty - both the modern issues and the new solutions - as well as nonprofit strategy. She presents nationally on industry topics, with a focus on moving nonprofits forward. Reynolds has given expert testimony to Capitol Hill on poverty reform and was cited by then Congressman Paul Ryan in his white paper about how to reform welfare in America and used the CCFW model as the example to follow for effective anti-poverty practices. In 2017, Speaker of the House Paul Ryan hosted a roundtable and community town hall at CCFW and publicly applauded CCFW’s approach to ending poverty both locally and nationally.

Reynolds is self-labeled as crazy, always pushing for innovation and fresh ideas. In going after the impossible, she became the driving force behind some of the most spectacular changes in CCFW’s 108-year history. Reynolds introduced for-profit business ventures to the portfolio of CCFW services, including a translation and interpretation network. And as a woman who never stops seeking fresh solutions, Reynolds pioneered CCFW’s research initiatives.

Reynolds acts as the National Advisor to the USCCB’s Committee on Migration. In 2012, she was honored as the Center for Nonprofit Management’s Nonprofit CEO of the Year. In 2011, Reynolds was awarded the Benemerenti Medal from Pope Benedict XVI, which is the highest honor a layperson can receive in the Catholic Church. She was listed as one of the Fort Worth Business Press’ “40 under 40” in 2010 and received the TCU Social Work Alumnae of the Year award in 2007.