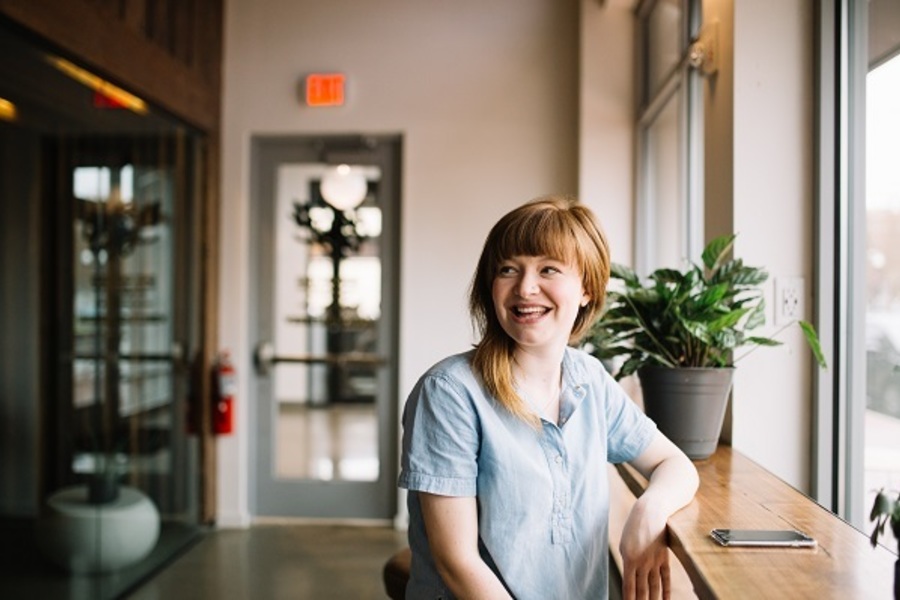 “The goal of this program is to help individuals with barriers to employment re-enter the workforce by combining wage-paid work, job skills training, and supportive services.”

Regardless of its timing, unemployment is never easy. Sifting through job applications, connecting with potential employers, and navigating interviews is exhausting, time-consuming, and often frustrating. For many, it can feel like a dead end.

Older workers are also disadvantaged when it comes to finding employment. Though we celebrated the 50th anniversary of the Age Discrimination in Employment Act in 2017, older workers who lose their jobs have harder times finding new ones than younger workers. And the longer someone remains unemployed, the dimmer their prospects become.

And although unemployment rates have recovered since the Great Recession, the proportion of the jobless who were considered to be long-term unemployed was 20% in 2018. That’s higher than before the recession. And again, people of color and older people are faring far worse. In 2014, 39.6% of unemployed Black Americans had been out of work for 27 weeks or longer. In the same year, 44.6% of those aged 55 and older were counted among the long-term unemployed.

Shockingly, long-term unemployment doesn’t vary by education level. Those who have completed their high school and college degrees and who have been out of work for 27 weeks or more are not any more likely to find a job than their less-educated peers.

Research by Rand Ghayad (2013) suggests that employers have a strong preference for candidates who don’t have holes in their resumes. Ghayad finds that, regardless of their prior experiences, job candidates who have been unemployed for longer than six months are significantly less likely to receive a job interview than those who have maintained steady employment. Meaning the longer someone lacks a job, the more likely they’ll get stuck in unemployment.

For those in poverty, this is problematic. And nationally, it’s a missed opportunity. With historically low unemployment rates in 2019, even employers were having a difficult time filling their rosters. By screening for resume gaps, employers limit opportunities for those who need jobs the most. And without a consistent work schedule and a steady paycheck, it becomes harder for the long-term unemployed to pay for rent, healthcare, and other basic necessities.

Without work, it becomes all too easy to slip into poverty. Though many local governments are working to combat the negative effects of long-term unemployment, we still know too little about what works to move the unemployed into meaningful, life-sustaining jobs.

ReHire Colorado is a transitional jobs program administered by the Colorado Department of Human Services (CDHS) that helps those who are unemployed or underemployed find and maintain employment. While the CDHS manages the program at the state level, it’s operated by local county workforce offices and other social service organizations like Catholic Charities and Goodwill.

The overarching goal of the program is to place participants on a path to increased earnings and sustainable employment. The program has two parts: job readiness training and subsidized employment.

To be eligible to participate, individuals must earn incomes less than 150% of the federal poverty line, and they must have experienced unemployment or have worked less than 20 hours a week for four consecutive weeks. The program is also designed to target key populations—70% of participants must be veterans, older workers (50+), or non-custodial parents.

Once enrolled into the program, ReHire participants are paired with a case manager who helps them navigate the barriers they encounter as they transition back into employment. Case managers also work to match participants with suitable jobs, and they help participants prepare job applications and practice interview skills.

After matching with a local employer, ReHire participants are hired to fill a temporary position. Once hired in this transitional job, the state covers their wages for up to 30 weeks. Following the 30-week subsidy, the employer has the option to keep the participant on in unsubsidized employment. If the participant is not hired, they can leverage the key experiences they gained and the support of their case manager to find another job.

The ReHire study is a randomized controlled trial. Applicants complete an extensive baseline survey that gathers information about their work history, level of education, childcare situation, health status, and histories of crime and substance use.

Because ReHire doesn’t have the resources they need to serve every eligible applicant, a lottery is used to determine who receives ReHire’s services. After completing the baseline survey, applicants are enrolled into the lottery. Those chosen by the lottery gain access to ReHire funding and are matched with a case manager. They become members of the treatment group. Those who are not selected by the lottery are not enrolled into the ReHire program, become members of the control group, and continue to have access to the other available employment services.

Following the conclusion of the study, LEO researchers will use administrative data to compare the earnings, employment, SNAP and TANF receipts, credit outcomes, and housing outcomes of the treatment and control groups. Using the detailed information collected in the baseline survey, the research team will describe the type of participant that benefits the most from ReHire.