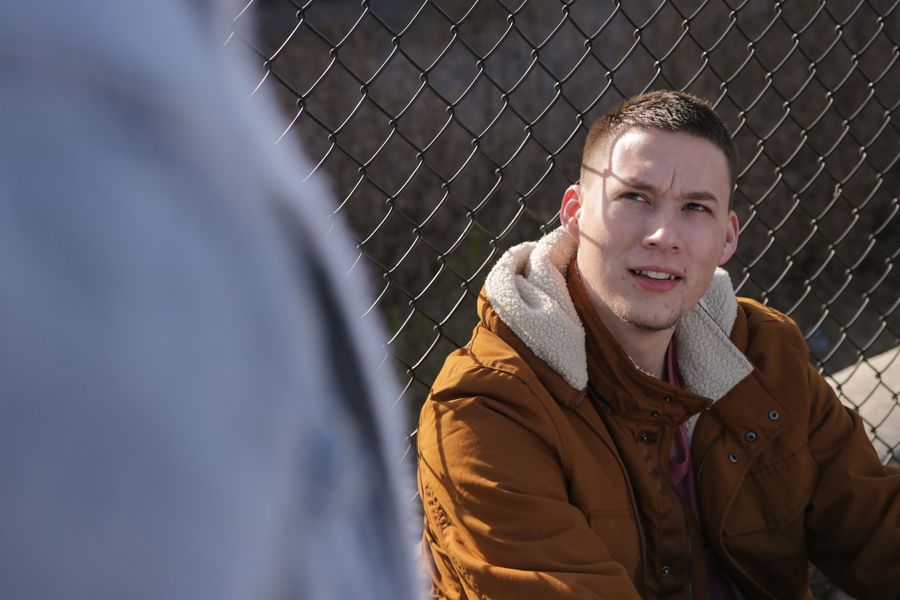 “Almost 40% of those incarcerated in U.S. jails have a mental condition. Without access to the support and treatment they need, inmates with serious mental illnesses are twice as likely to return to jail as those without. It becomes all too easy for them to cycle repeatedly through homeless shelters, hospitals, and jails.”

The United States has the highest incarceration rate in the world. In 2019, Statista reported that 655 out of every 100,000 Americans were incarcerated in county jails and state prisons. That’s 2.1 million people locked behind bars.

And today, recidivism continues to be a major policy challenge. A 2018 briefing from the U.S. Department of Justice found that 68% of individuals released from state prison were arrested again within three years. This number grows to 79% within six years of release and 83% within nine years of release.

Still, data around the criminal justice population is often incomplete. Aside from the overrepresentation of low-income and minority populations in jails and prisons, we know too little about the incarcerated and the unique obstacles they face. Without the knowledge and evidence we need to help them live meaningful and dignified lives, the U.S. will continue to top the charts in lost human potential.

Though data is sparse, we do know that mental illness is a major obstacle for the imprisoned. And since the mid-1950s, many mental health institutions have been closed, leaving those with mental illness to fall to the streets or into the criminal justice system. Usually both. It’s estimated that 16% of those incarcerated in the U.S. have a serious mental illness (SMI). Among the incarcerated, recent work by Turney and Conner (2019) suggests that jail inmates suffer more mental health problems than those in prison. They find that 40% of those incarcerated in U.S. jails have a mental condition.

Without access to the support and treatment they need, inmates with SMIs are twice as likely to return to jail as those without. It becomes all too easy for them to cycle repeatedly through homeless shelters, hospitals, and jails.

This has grave consequences. Not only are the public costs associated with repeated shelter, hospital, and jail stays significant, but so is the toll on human life. Because we lack the infrastructure needed to meet their needs, those suffering from SMIs are often criminalized and forgotten. And once imprisoned, inmates with mental illnesses are more susceptible to abuse, violence, neglect—even suicide. The Bureau of Justice Statistics reported that suicide is the leading cause of death in U.S. jails. It accounted for over 34% of all jail deaths in 2013.

Jails and prisons are also frequently understaffed, and not every county has the resources or expertise needed to offer quality mental health programs for inmates. And even in jails where these programs are available, many report low participation and completion rates.

But for inmates who do participate, release from jail means losing access to needed treatment—leading to life on the streets, and often, a return to jail. To improve their lives and chances, we need to better understand what works in serving inmates with mental illnesses. They deserve adequate treatment. They deserve a chance at life beyond jail cells, hospital beds, and shelter stays. They deserve safety, care, and dignity.

Johnson County’s Brief Jail Mental Health Screen (BJMHS) is designed to offer support for recently released offenders with mental health needs. The BJMHS consists of eight simple questions and is offered to all inmates when they are first booked into the county jail.

If a participant’s answers to the screening questions indicate a severe mental illness, they are referred to the Johnson County Mental Health Center (JCMHC) for treatment and outreach after their release from jail. Because jail stays are often short—many just a number of days—those identified by the BJMHS as having a severe mental illness are able to access services relatively quickly.

Once notified of an individual’s release, the JCMHC makes two outreach calls within 72 hours and offers them access to treatment for their mental health needs.

Does offering mental health treatment for individuals who are screened for mental health issues and released from jail reduce the likelihood they will return? Does it increase their use of mental health services post-release?

The Brief Jail Mental Health Screen (BJMHS) project is a quasi-experimental study with a difference-in-difference design.

Here, it’s important to note that Johnson County used the BJMHS as a simple screening tool before they used it to connect individuals with services from JCMHC. Because the BJMHS was used the same way for residents and non-residents during this period, researchers can ensure the outcomes of residents and non-residents were similar before the study began. This allows them to tease out the real impact of connecting individuals with services from the JCMHC upon their release through a difference-in difference design.