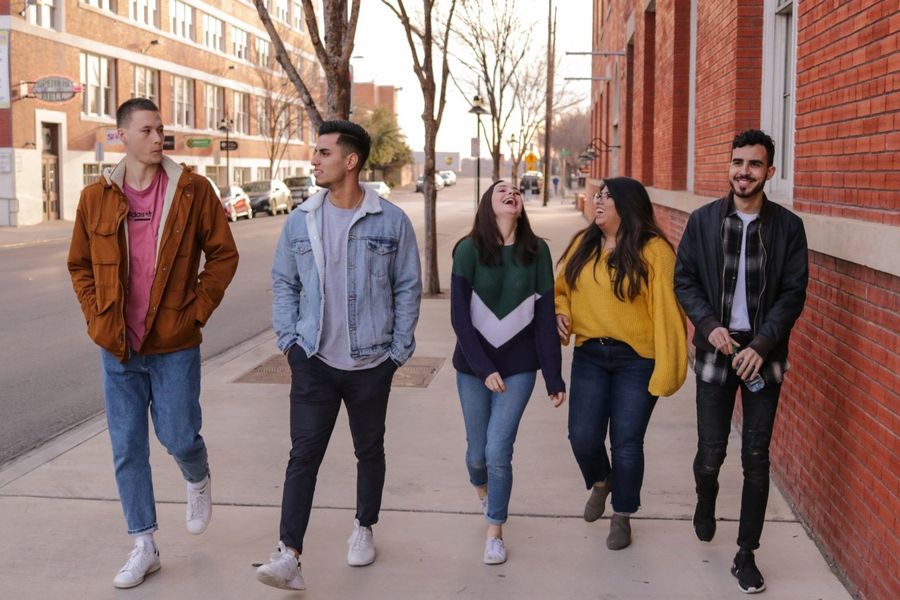 “From pre-k to high school, there are steps that families and students can take at every step of their education to prepare for college and get set up for success.”

Education is critical to human flourishing. The journey of pursuing an education can lead students to self-discovery, personal growth, and purpose. And it’s vital for economic independence.

In 2018, the U.S. Bureau of Labor Statistics reported that the average weekly earnings of college graduates is about $1,173. This is $461 more in income per week than what’s earned by those with only a high school diploma. Over the course of a single year, the average income of a household headed by a college graduate is $121,060—twice that of households headed by those who have only graduated from high school.

The unemployment rates of college graduates is also significantly lower than that of high school graduates. Only 2.5% of individuals with a bachelor’s degree are unemployed, compared with 4.6% of workers with a high school diploma but no college experience.

Still, despite the benefits of earning a college degree, many qualified high school students don’t apply to college. And of those that do, many don’t finish once they enroll.

Today, a family’s income and demographics are major determinants of a student’s likelihood to attend college. In a 2019 report, the Pew Research Center found that only 13% of undergraduates in selective four-year universities were from families in poverty. While national college enrollment is on the rise, only 20% of undergraduates in 2016 were from low-income families. Similarly, the Pell Institute estimates that students from families in the highest-income quartile are five times more likely to earn a bachelor’s degree by age 24 than students from the lowest-income quartile.

Parental expectations and preparedness also play a major role in determining whether a student will attend college. In 2008, the National Center for Education Statistics reported that parents with higher incomes or who are bachelor’s degree earners themselves are more likely to expect their kids to earn a college degree.

Yet, of all of the families with a goal of their children attending college, only 66% reported they had enough information to begin planning financially to afford it. This number decreases with education—51% of parents with only a high school degree and 31% of those with less than a high school degree are comfortable with what it will mean to finance a college education.

The unease around college affordability is warranted. Since the 2008 school year, the average in-state tuition of public universities has increased by $2,708, or 37% . Today, tuition is growing faster than average wages. And it’s still on the rise, which is deeply problematic for low-income families who work non-living-wage jobs and already struggle to make ends meet.

This affordability crisis is enough to discourage low-income and minority youth from applying to college altogether. And for those that do apply, student debt can be crippling. The average in-state tuition for a public university totals around $10,440 per year, excluding the extra costs of books, room, and board. The Federal Reserve reports that 54% of young people who go to college take on debt to cover these costs. Most pay between $200 and $299 per month on their loans. Well into adulthood, 20% are behind on their payments. For those who incur debt but fail to earn a college degree, student loans can be a financial disaster.

There are many national and state-led initiatives that help low-income students and their families pay for college. For example, the Free Application for Federal Student Aid (FAFSA) program awards federal grant money, work-study programs, and low-interest loans to students in need. Similarly, Pell Grants are federal subsidies that low-income students can put towards their college tuition.

But not all families know about the resources and funding that’s available to them. And not all families have the means and information they need to make college a reality for their kids. We need to know how best to encourage low-income kids to apply to college and earn a degree. Because today, earning a college degree is one of the main paths to self-sufficiency. And with self-sufficiency, more learning.

21st Century Scholars is an early college preparatory program designed to ensure every Indiana student can afford a college education. Students can enroll anytime during their 7th and 8th grade years.

Those who maintain the program’s requirements—earning a Core 40 high school diploma, maintaining a high school GPA of 2.5/4.0 or higher, remaining drug-free, and staying on track to earn a degree once in college—can receive a scholarship for up to four years of up to 100% college tuition at any eligible university in Indiana. The program also provides information for students and their families about applying to college, choosing a school, applying for financial aid, and financing a college degree.

But only 44% of eligible Indiana high school students are enrolled in the program. And student enrollment at schools within the South Bend Community School Corporation and Penn-Harris-Madison School Corporation lags behind the state average. To encourage enrollment, school administrators are beginning to send nudge reminders—by way of a letter or a phone call—to the families of eligible middle school students.

Does a simple nudge reminder increase the likelihood low-income students will enroll in a college scholarship program?

The 21st Century Scholars program is a randomized controlled trial. School administrators in the South Bend Community School Corporation and Penn-Harris-Madison School Corporation compile a list of all of the 8th grade students who are eligible to enroll in the 21st Century Scholars program. All students who are eligible to receive free and reduced-price lunches are included on the list.

At the conclusion of the study, LEO researchers will compare the rates of college enrollment, completion, and success across the three groups.