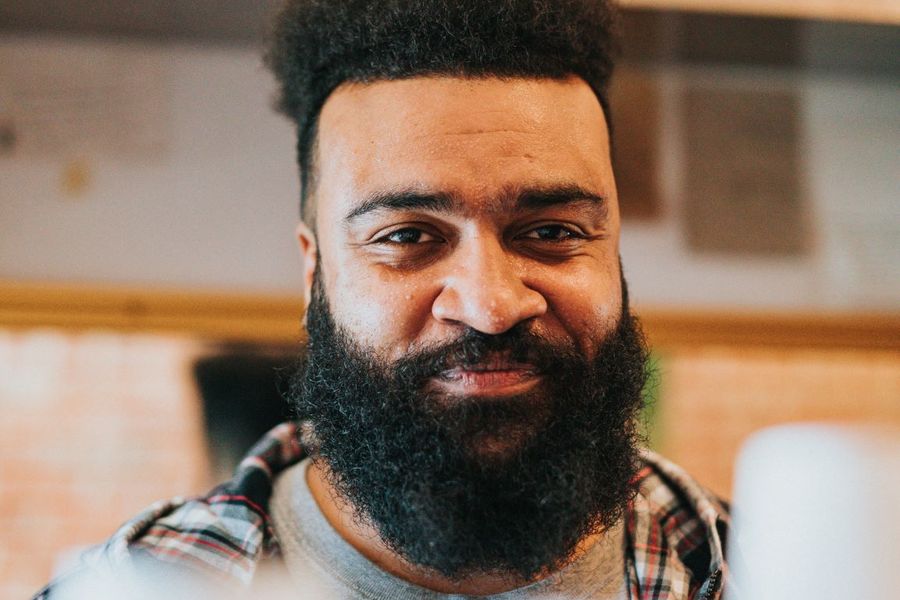 “Rather than getting tough on crime, we asked ourselves, what if we got smart on crime? Instead of warehousing people, we should work with them to set them up for future success. These people live and work in our community and will be returning to our community. We should adequately prepare them for re-entry and success on probation.”

A jail booking can change the course of a life. Each year in the U.S., more than 10.5 million people are arrested. They go before a judge who decides if they will be allowed to await their trial date at home, or if they must do so in jail. Typically, this decision is made on the perceived risk that the person will not appear for their court date or may commit another crime. For many, the judge will rule that they need to await their trial in jail; only by paying a cash bail—which is returned after they appear in court—can they secure their release.

Cash bail reinforces inequity and brings harsher consequences on people who are low-income. The average bail amount for a felony is $10,000, and many cannot afford to pay it—the average annual income for a man who can’t afford bail is $16,000; for a woman, it’s $11,000. There is an option to pay 10-15% to a bail bondsman, who pledges the full bail to the court on the defendant’s behalf. But even this amount of money can be hard to come by, and the bondsman does not return the payment even if the defendant appears in court. Whatever the circumstances, an estimated 465,000 people are in U.S. jails every day, just awaiting trial—not convicted of a crime.

Not being able to post bail translates to more than just a disruption to the daily rhythms of life at home. Even spending just a few days waiting in jail can mean lost income or being let go from a job altogether. From here, it’s easy to see how pre-trial detention can send a person—and the family that depends on them—slipping into poverty and make it harder for them to regain their footing whenever they are released.

Pre-trial detention is not just financially detrimental; it comes with social costs, too. Research shows that people who must await their trials in jail have a higher probability of being found guilty of a crime and are more likely to take a guilty plea than people who are allowed to await trial at home. And a criminal record limits many future opportunities, like employment and housing location.

Though there is clear evidence that pretrial detentions come at a significant cost, there is little consensus on alternative solutions. Though there are calls to eliminate cash bail altogether, this requires enormous political and social will. Are there other solutions available to our communities now? Kansas and other states are experimenting with allowing low-risk defendants to live in community-based work-release centers as they await trial. This allows people to maintain employment and important community ties that will be crucial to supporting their success post-release. These types of centers also ease the burden placed on the local jail system. We owe it to those people who are detained simply because they don’t have enough money to post bail to find a new solution, one that will put them on a trajectory to success after they are released.

The Johnson County Department of Corrections in Kansas is committed to finding new and innovative solutions that help both defendants and the community. One of these solutions is the county’s Adult Residential Center (ARC), a 398-bed, community-based work-release facility that provides a structured environment for inmates preparing for post-release life.

Historically, the ARC has only served people transitioning from incarceration back to community life. But the Department of Corrections believes that the environment and programming provided at the ARC could be beneficial for people who have been ordered to await trial in detention, lessening the detrimental impact of the arrest and pre-trial wait time.

Pre-trial inmates who move to the ARC have access to services like on-site mental health programs, employment assistance and training, substance abuse education and counseling, and educational opportunities. Crucially, pre-trial ARC residents can continue to go to work, giving them the chance to potentially pay a monetary bail and safeguard their housing and families.

What impact does staying in a community-based work-release facility pre-trial, instead of a traditional jail setting, have on an inmate’s community re-entry, probation experience, and likelihood of recidivism?

LEO’s evaluation of Johnson County’s use of the ARC to house pre-trial defendants is a randomized controlled trial. Any individual who is eligible for the pre-trial release program at the ARC is also eligible for the study. Individuals are eligible if they have spent four or more days in pre-trial custody as the result of an arrest for a felony or misdemeanor, have an outstanding bond amount of $50,000 or less with no detainer or major violation tickets, do not qualify as maximum risk or require isolated housing, and are likely to—if sentenced—spend much of that sentence on probation.

At the end of the study, researchers will compare the recidivism rates and employment outcomes of those individuals who were able to stay in the ARC with those who did not.