In 2004, the University of Notre Dame and Catholic Charities USA (CCUSA) jointly launched an educational program, From Mission to Service, which provided mission-based leadership training for representatives from the Catholic Charities national network. The success of From Mission to Service drove CCUSA and the University of Notre Dame to explore additional collaboration to foster their shared mission to serve those in need. 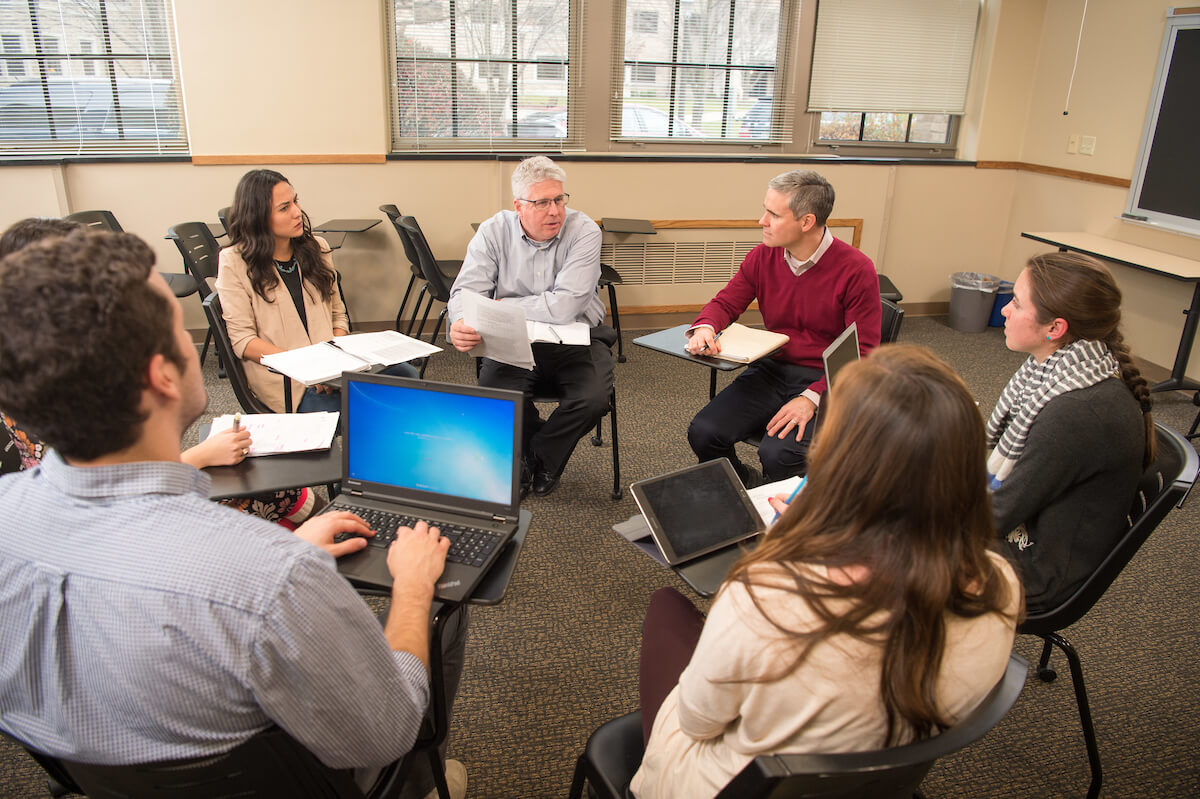 The entire philanthropic community will benefit from LEO’s research, and as a result, the world’s poor will be served by more effective services.

In the fall of 2012, Bill Evans and Jim Sullivan, professors of economics at Notre Dame, with support from the leadership team at Catholic Charities USA (CCUSA), launched the Lab for Economic Opportunities, marking another milestone in the long-standing relationship between the two preeminent Catholic institutions. This culminated in a meeting between Fr. Larry Snyder and Economics Professors Bill Evans and Jim Sullivan.  “If our goal is to fill shelter beds, as admirable as that is, we have the wrong goal. Our goal needs to be getting people out of poverty – As a network, Catholic Charities are called to do more than just help people survive, but to help them thrive, and in order to do that, we need to measure our ability to do that and hold ourselves accountable.”

Several years after its launch, LEO received an endowment from the Wilson Sheehan Foundation, founded by Christopher Wilson (ND '85) and Lorraine Sheehan Wilson (SMC '85). The Wilsons believe, "the entire philanthropic community will benefit from LEO’s research, and as a result, the world’s poor will be served by more effective services." The Dean of the College of Arts and Letters at Notre Dame, John McGreevy, voiced a similar opinion. "This gift will allow us to establish LEO as a nationwide leader in poverty research," he said. "LEO exemplifies the University’s commitment to using research and scholarship to make real changes in the lives of the disadvantaged by improving the effectiveness of the programs that serve them."

WHAT WE DO HOW DO IT